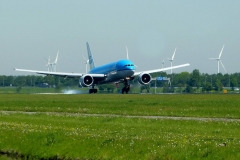 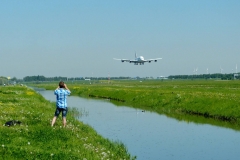 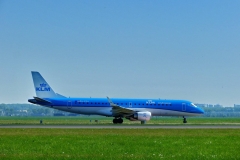 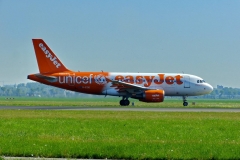 My mother is an airplane enthousiast. Most days, when the wind is in he right direction, she loves to stand outside her front door watching one plane after another fly by — minutes after they took off from Amsterdam Airport Schiphol.

While lots of people complain about the noise, for my mom the engines can’t be loud enough.

So… when my brother was in town recently, we treated our mom to an afternoon of plane spotting.

Schiphol has a number of plane spotting locations. We went to the official one along the Polderbaan.

That spot is not served by public transport, and since we do not have a car we used Uber to get there and back home.

Once we were at the spotters location we walked north from there alongside the bike path. Often you have a better view of the planes. Note that you’ll have to walk quite a ways north to be close to the actual spot where the planes land.