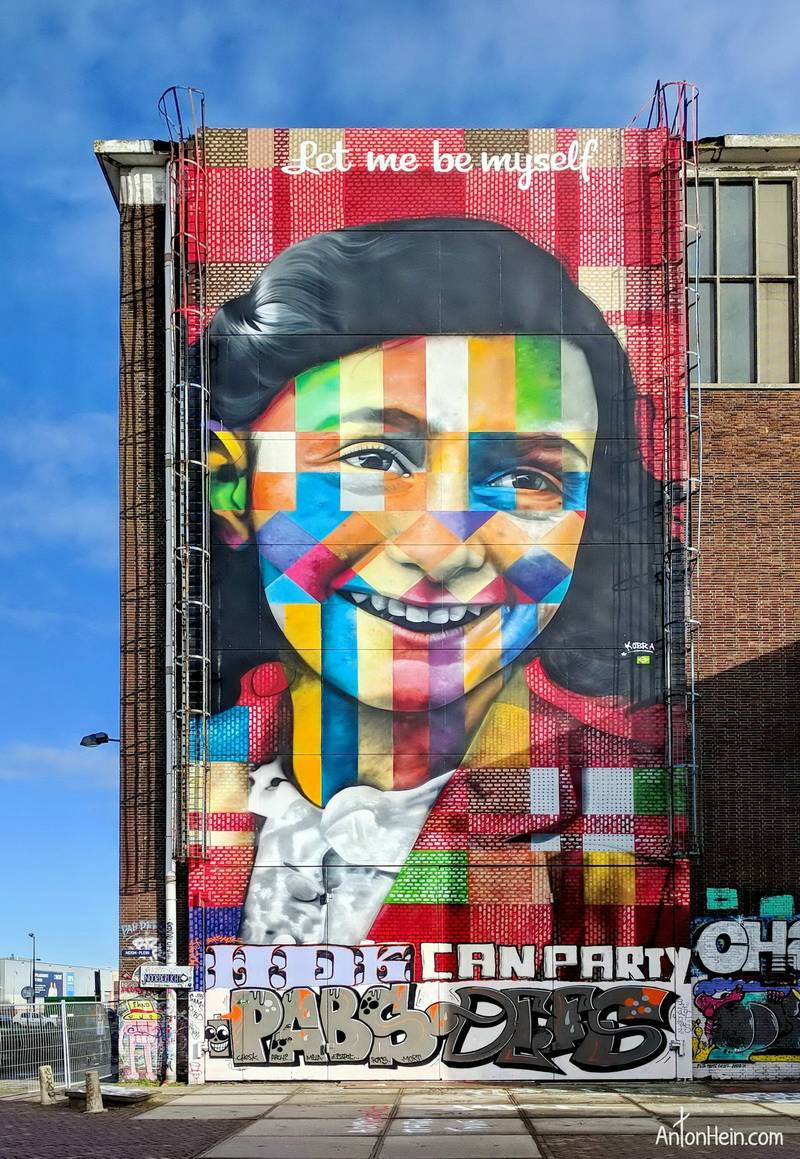 World renowned Brazilian street artist Eduardo Kobra in September 2016 painted a giant, 240 m² mural of Anne Frank on the door of the lasloods (welding hangar) at the former NDSM shipyard in Amsterdam.

In May 2017 some weirdos defaced the bottom of the painting with graffiti.

After having served as a shipbuilding wharf for decades, in the 1990’s the NDSM site was transformed into a creative hothouse.

It is a place where established and upcoming artists — in a wide variety of disciplines — work side by side.

Though the terrain is undergoing significant changes — including the building of some 1,300 homes by 2025 — the intention is to keep NDSM as the the “rugged, unruly sister of Museumplein square.” Museumplein is home to the Van Gogh Museum, the Rijksmuseum, and the Stedelijk Museum — as well as the Concertgebouw. Not surprisingly, it has a more staid character than the graffiti-decorated NDSM site.