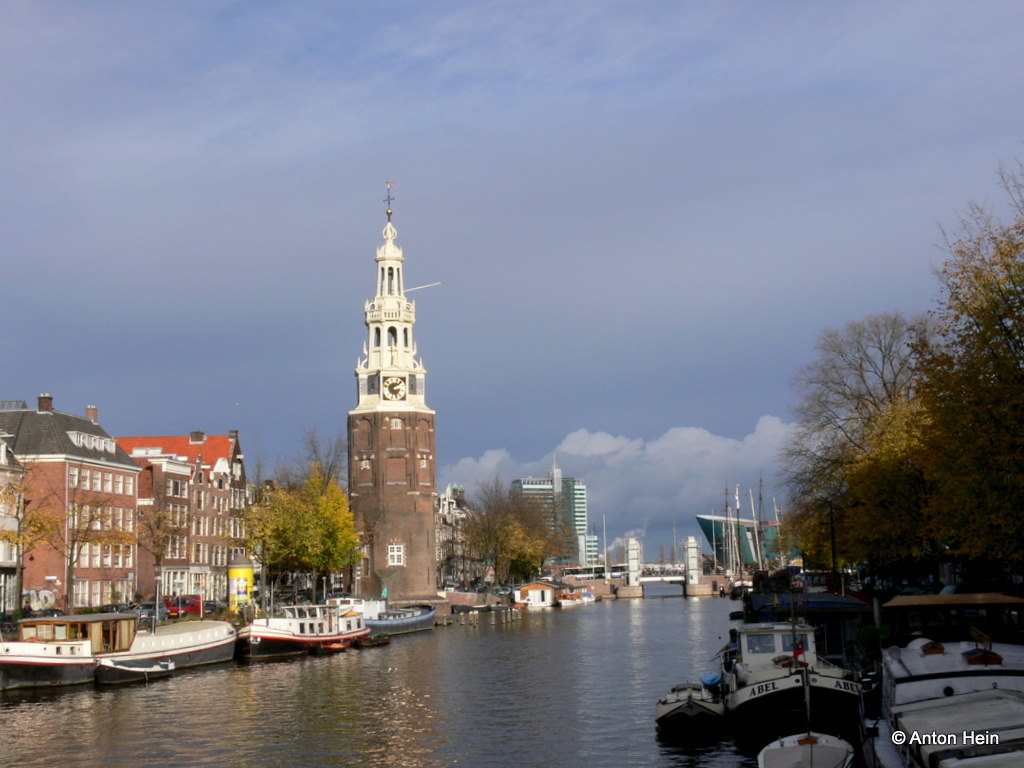 The Montelbaanstoren was built in 1516 as part of the defense wall around medieval Amsterdam. The canal you see is called Oudeschans, which means Old Defense Wall.

No one appears to know why the tower is name after ‘Montelbaan.’ However, the building was long nicknamed “Malle Jaap” (Silly Jack) because its its clocks would each mark a different time.

The tower was long used as office space for the Amsterdam waterworks department. Currently it is rented by a foundation for lesbian, gay, bisexual and transgender (LGBT) Muslims.

Note the houseboats. Living on the water is very popular in Amsterdam.

Here’s a view from the other direction: 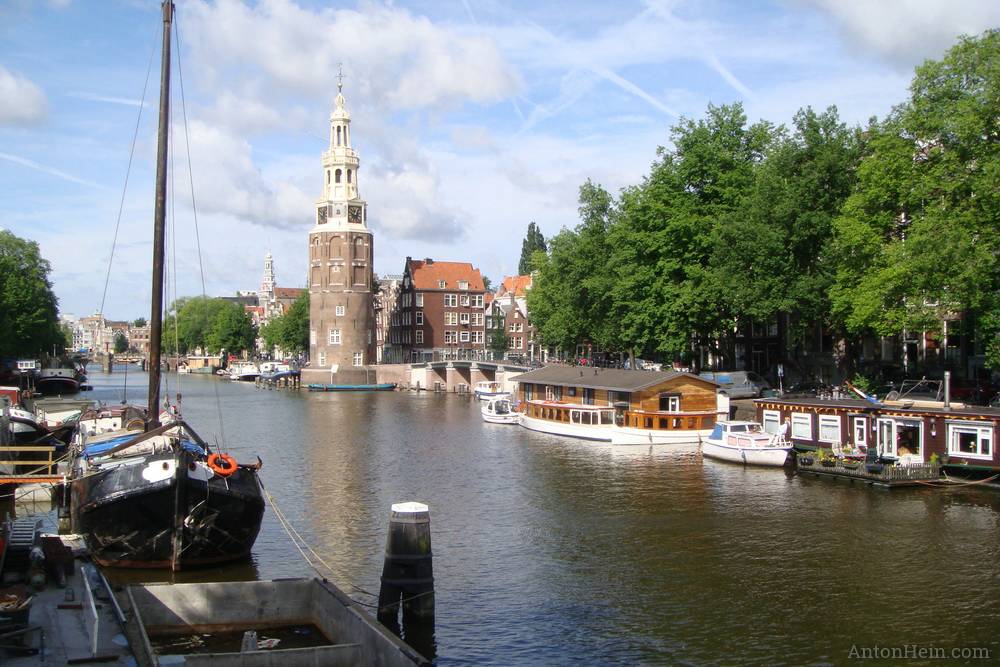